During her pregnancy, my wife burned through our collective movie collection in an effort to stave off boredom from being laid up in bed all day (health reasons). One day, she came across a movie I don’t really watch anymore – I Think I Love My Wife, starring Chris Rock and Kerry Washington. Fellas, if you haven’t seen it, you should definitely check it out… by yourself. This is not a movie you bring home for your woman to see. For those who don’t know, Rock plays Richard Cooper, a man who finds his picture-perfect life with his wife and two young children increasingly boring. That is, until an old friend of his (Washington) pops up and starts livening things up. As I watched with my own wife (and trying not to get too hot under the collar watching Kerry), I found that I could sympathize with Rock’s character; Richard was a man who settled down like a good boy and started to wonder whether the grass was indeed greener on the other side. Washington’s character, Nikki Tru, smells blood in the water and hits every step in the seductress’ playbook, note-by-note, line by line.

In a recent post, I admonished my brothers to practice d**k discretion, and I think men in committed relationships should probably practice it the most, because there’s another person involved. The more people involved, the messier it’ll be if you fall.

And you can fall.

The easiest people to seduce are the people who swear they’re bulletproof. To hear women especially tell it, they’ve got the opposite sex figured out. coque iphone xr They know all the tricks and all the angles; there’s no way a dude can run game on her. coque iphone 6 Next thing you know she’s in a nightclub bathroom, bent over the sink and holding the camera. Men can arguably fall more easily, because we’re not nearly as clever as women when it comes to these kinds of things. coque autres galaxy samsung If a woman makes up her mind that she wants a man, really wants a man, he’s basically screwed (in more ways than one) unless he can peep and neutralize game.

Spoilers abound here. If you have not seen I Think I Love My Wife, but plan to in the near future, stop reading. Right now.

Nikki started out by asking Richard about his family, ostensibly in the name of catching up after not seeing him for eight years. What she was really doing was scouting the territory, testing the waters. Finally, she hits him with a question that catches him off guard: “Do you and your wife still f**k?” When he hems, haws, and finally refuses to answer, she knows she can hook him. She proceeds to cause turmoil and unpredictability in his life, to show him how much more interesting and attractive she could be than the killjoy he had at home. Sure, she’s a flighty, unstable, aging party girl with more issues than Vogue Magazine, but she’s not boring, and that’s why Richard is tempted. coque samsung a6 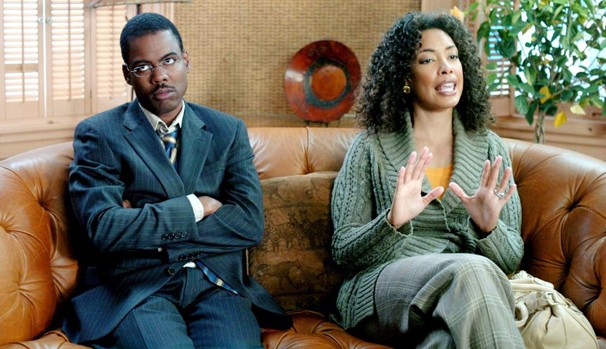 “If I have to hear about ‘Empire’ one more time…”

Finally, at his request, she leaves him alone, but really to give him space to miss her and remind him how boring life without her is. In the meantime she gets herself in a dry, phony relationship/engagement. When Nikki pops up again, she’s a taken woman and ready to move beyond Richard’s reach forever. This is where she lays it all on the line: we could be really good together, but since you don’t want me, swing by my place so I can give you a proper goodbye – a hot, sweaty, three-condom-worthy goodbye. To her credit, it almost works… until Richard catches a glimpse of himself in the mirror with his tie around his head (a callback to earlier in the film when he played with his daughter) and realizes that as amazing as Kerry Washington’s p***y may be, it’s not worth losing his family.

Spoilers end here. I hope you didn’t read them.

There are some people who believe that infidelity is simply in men’s nature; that we are functionally incapable of monogamy. I think those people are full of s**t. The beauty of being human is that we always have a choice. coque huawei p30 We may not be able to choose or control whom we become attracted to, and in a committed relationship, there may be an urge to let the eye wander from time to time, but the true measure of one’s character and commitment is their actions. Temptation will always abound. It’s up to both partners to strengthen their relationship so a Nikki Tru never stands a chance.